Modern Cybersecurity Solutions for the Enterprise 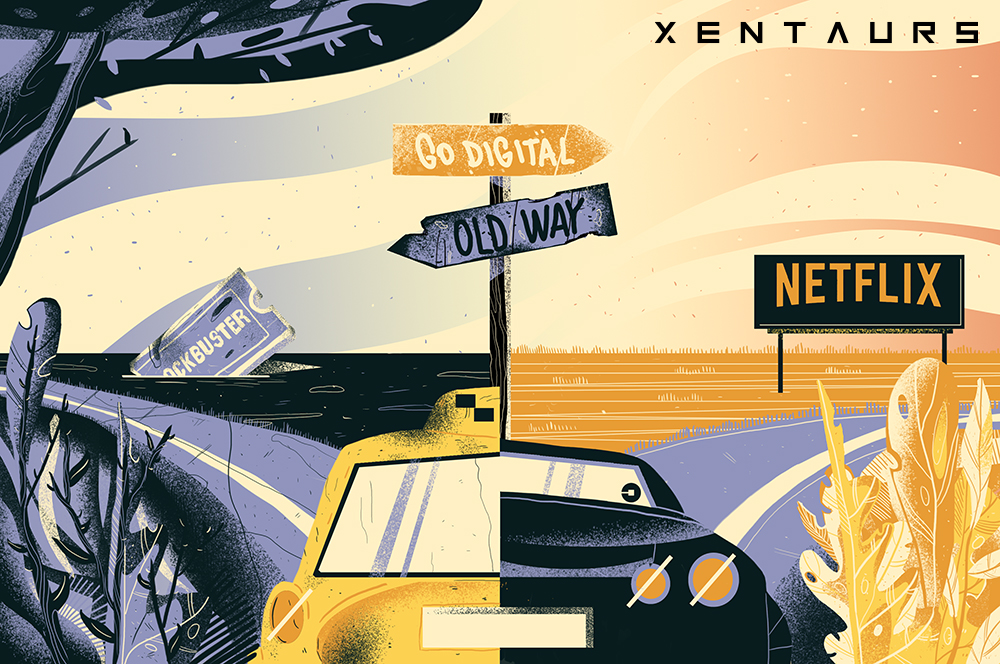 Go Digital or Die. As a globe in the throes of a pandemic, our reliance on digital platforms increases exponentially.

These words were spoken to me by Matt McComas, a senior leader driving digital transformation at one of the largest automotive finance companies. I paused to consider the impact of what he was saying. Imagine if we had faced COVID-19 in 1985? The internet wasn’t publicly available, few could work remotely, trade would have been decimated, and the world as we know it would have ground to a halt.

Luckily, the story today is very different. Life, and specifically commerce, is made possible because of advancements in technology. While many companies are trying to find their footing during this time, a cohort has actually exerted dominance. In those, a common theme has arisen—companies who are more competent at digital commerce are doing exponentially better than their peers. It’s not just modern icons like Amazon, Google, Facebook, and Netflix that are winning. Restaurants like Chipotle, which mastered online ordering before the pandemic, have seen a soaring of their stock price in the last year. Jack Hartung, Chipotle CFO, attributes these gains directly to their digital efforts.

Everyone in the Fortune-1000 trying to stay relevant is investing in ways their customers can digitally engage with them. From mobile apps that allow patients to store their data, and schedule appointments to platforms businesses use to transact and provide services to one another, companies need to invest in digital platforms to compete. Competing now means building software to engage with the customer and continually delivering features to meet changing their needs. Maintaining relevance requires a continuous delivery model similar in concept to an automotive assembly line. At Toyota, the originators of lean manufacturing, a factory delivers roughly two-thousand cars per day, more than one car a minute! Highly coordinated activities, from supply chain, assembly, testing, and more come together in extreme precision to deliver at incredible speeds with extreme quality.

This supply chain concept is analogous to a software pipeline, a highly orchestrated process that brings software and infrastructure components together to deliver a feature or an update. The goal of the pipeline is to build and deploy new features with velocity and scale while enforcing standards and consistency of the software and infrastructure that powers it. The flexibility of the pipeline is crucial. It needs to be able to handle new software, code, and frameworks as well as be able to deploy to a variety of infrastructure platforms like public-cloud, a private DC, both, or more. When done right, the benefits are vast.

We recently worked with an insurance provider who was trying to launch a mobile peer-to-peer insurance model allowing individuals to lend safely while also making some money. The problem: it was going to take more than 18 months to launch, and even more to begin pushing minor code changes regularly. Earlier efforts had manifested broken software pipelines, inconsistent software deployments, and a sprawling mishmash of technologies: the previous pipeline they built cost $28M and only had about six out of forty-four teams using it.

Within eighteen months, thirty-six teams were actively using the platform to develop and deploy. Ultimately the mobile app was launched and now features can be pushed in two-to-six-week sprints, instead of months, and updates can be made during the day. It’s a process that has the participation of development, IT, operations, and security all working together to build software and enforce standards via their pipelines and process.

Of course a monumental effort like this spans far more than just technology. Driving adoption, for example, requires a set of techniques that are somewhat unique to the organization. Matt, the automotive leader I mentioned before, took a DevOps pipeline we built and implemented cultural-shifting tactics such as “DevOps Days” to drive adoption with the business-units they supported. By doing so he and his team began to make meaningful improvements for these business-units driving deeper collaboration and more opportunities for acceleration.

It’s not 1985 anymore, and in this new world the call is clear: go digital or die.